A Reflection on the ‘Fusion Kairos’ Project from Jamaica 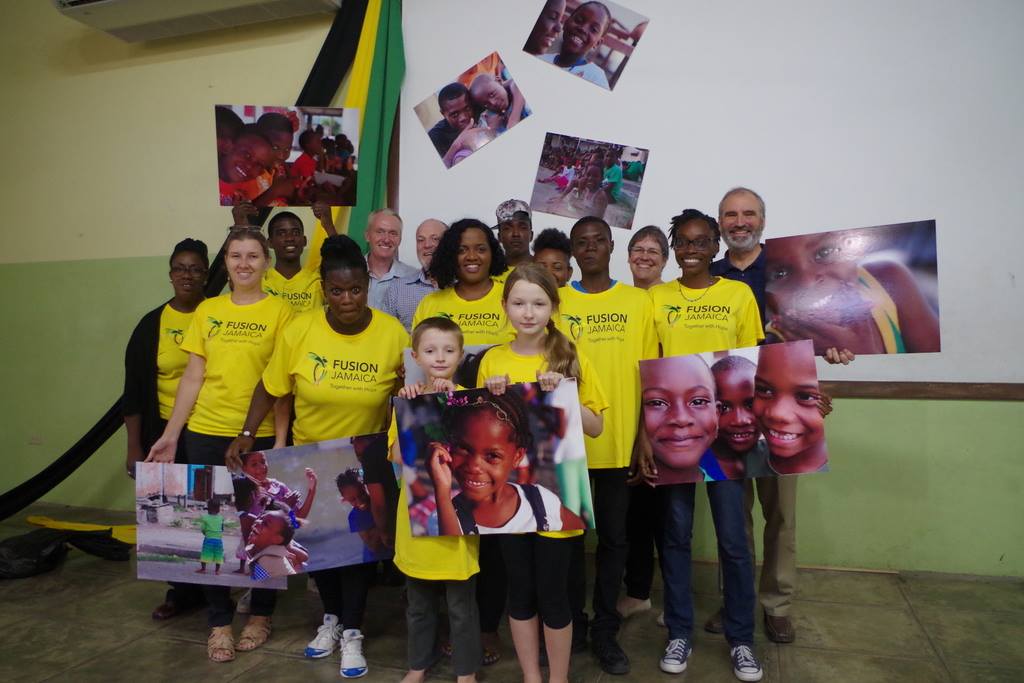 The Jamaican people have a way with words! There are many local proverbs in the culture, and people here have a way of summing up important nuggets of wisdom in day to day conversation. Two days ago I was chatting with a lady who works at a hotel on the North Coast, and for some reason the conversation turned to the process of getting older. “I’m not getting old,” she said, “I’m getting mature!”   I really like that perspective! But more than just liking it, at a much deeper level it resonated with a lot of my journey, and the reason I have joined the Kairos Project.

Let me explain what I mean. I gave my life to Christ at the age of 17, in an airport chapel in London, as I was about to board a plane to Jamaica. I had grown up in England and attended an Anglican Church while at boarding school and at Christmas and Easter with my family. But the Bible was not an every day book and I certainly didn’t know anyone who talked about having a personal relationship with Christ. However, a missionary visited my school and talked about going to serve as a doctor, and sharing his faith, in Afghanistan… and I was profoundly challenged by his life. He had something that he was willing to risk his life for — and I wanted whatever he had. So I started reading the Bible to learn more about Christ, and the stories had a profound impact on me; I was amazed by Jesus.

As I read the words “follow me” and looked at the world I belonged to… I decided that the only way to do that was to hop off the train tracks that seemed to be taking me to a fairly predictable future… and start the adventure of following Christ.   I had saved some money with which I planned to buy a car. But instead I ran away from school and bought a plane ticket to Jamaica!

When I arrived in Jamaica I was an idealistic 17 year old, with all the zeal of a brand new believer, but I had a lot of growing up to do! I worked in a orphanage with disabled children and then with local churches in an inner-city community known for its gang violence. A few years later I went with a Jamaican contingent to a Sports Ministry Conference in Athens, Greece. While there I met someone from Fusion (Marty Woods) and got to know the Fusion community.

I did Foundations in 2004 (which is a discipleship course that has been central to our work in Jamaica ever since). I also met Liz at that same course, and we got married in 2006 and decided to continue serving together, starting Fusion Jamaica. Through Fusion I did another six month training intensive in Youth and Community work in 2007, and also connected with Taylor Seminary a few years later.

Over these years “getting mature” has meant that old habits have died and new habits have formed, my character has been shaped and strengthened through many, many tough lessons (I seem to be prone to learning the hard way!), I have experienced reconciliation with my parents in the early years of my faith journey, and now have a wonderful relationship with them, and I have had the privilege of seeing others grow in their faith and seeing long-term transformation in a very challenging inner-city community.   I am now 43, still serving in ministry in Jamaica, and there are three main things that have helped me grow in my faith over the years;

So when I heard about the Kairos Project I was interested straight away and committed to start after settling back from our 2019 Sabbatical. 2020 has had its share of disruption for people all around the world, and for us it has meant that the process of “settling back” has been tumultuous. However, doing Kairos is something that not only is a helpful focus for me, it is a pathway to help others grow — for which I am truly excited.   Ultimately; I want to keep growing up… to “getting mature”… and to being part of a community with a culture that promotes growth.

This is what I see in Kairos. At it’s core it is about intentional relationships that encourage growth in the context of someone’s calling, a fellowship of support (i.e. a team of mentors), and healthy accountability.   In Paul’s letter to the Galatians, he is appealing to the believers in that region to keep growing up, and in Chapter 4 and verse 19 he says: “My dear children, for whom I am again in the pains of childbirth until Christ is formed in you…” I see two things in this short excerpt: first, the intensity of the burden he carries in prayer for this community of believers, and second, the outcome he has set his sights on: until Christ is formed in them.

My hope for doing Kairos is that Christ will be further ‘formed in me”, and formed in others who I relate to, as we are “getting mature” over the coming years.