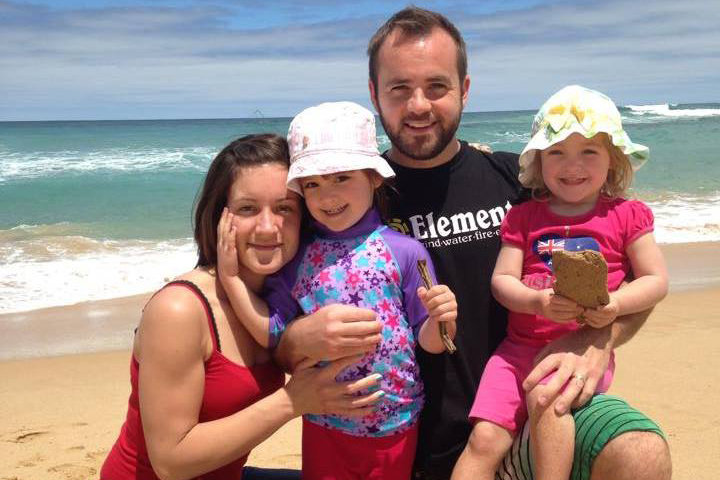 We asked Matty Coppin, our first Fusion Kairos student about his journey thus far and this was his response:

In 2008, I made the big move to Canada from my home country of Australia, to marry the love of my life, Ashley. I had just completed my Diploma in Youth & Community Work (Christian) delivered through an outcome-based education track with Fusion Australia. I was deeply proud of this accomplishment.

When I was 16 years of age, I had walked out on my grade 11 school exams and took up a plumbing apprenticeship which I completed at the age of 20. Schooling was not my strength and I had run away from it. However I now found myself immersed in a Christian discipleship journey that also produced an education certificate. Graduating was a huge accomplishment for me.

The context for my Diploma placement was a youth housing refuge where up to six at-risk youth could be housed. Most of the staff, including me, lived and worked there in order to serve the young people and, at the same time, help implement Fusion’s approach to mission in the community. Education was done within the context of service. For two years I immersed myself in the role whilst completing my Diploma education.

When I first arrived in Canada it was with the intention of marrying Ashley before moving into a new role with Fusion in South Africa. There was never an intention to return to Canada to live but that is exactly what happened six months after our time in South Africa concluded. We found ourselves drawn back to Canada and into the local Church ministry.

In 2010, I moved on from a role with Fusion and entered a new role with a local Church in the community of Morinville, Alberta. It was an exciting time learning a new context and culture. After a number of years immersed in Fusion’s educational system, I had to orient to a new way of living and doing ministry. My years in Fusion were deeply formative in my ministry approach. I developed an interest in mentorship and discipleship hoping that within the local church I would be able to use those gifts for God’s glory.

Over the years my roles changed and I found myself enjoying new opportunities. At some point along the way, I wondered about what it might mean for me to engage in an educational journey to support my role and also be in a place of intentionally mentoring others in their journey. My dream was to grow in my own competence to teach and lead others to find their story within God’s kingdom – all within the Church context.

I had explored implementing Fusion’s training within the local Church setting however I realized there were some pieces still missing. At the same time Fusion was developing a relationship with Taylor Seminary in Edmonton and we kept in close dialogue about how Christian discipleship and education could be contextualized to a participant’s setting.

At this stage I was a full time minister in a culture different than my own, a husband and father to two daughters living on limited income. So, entering into an educational journey seemed difficult at best and I decided it was something I could accomplish only when I was older.

When I first heard about the Kairos model of education through Taylor Seminary’s partnership with Sioux Falls Seminary, I was absolutely amazed and encouraged. Here was a solution to the challenges I had seen with delivering a contextual learning model within a framework of mentorship. I knew I was meant to enter the process.

It was affordable, contextual, and supportive of my own personal journey whilst proving the framework for me to mentor others. I was sold. I did not have to leave my context nor disconnect from my family to accomplish an education.

Also, because of the way I had been formed through Fusion’s unique approach to education, I was able to flow right into the Kairos model of education. This was not only an answer to prayer for me but has the potential to support Fusion
trained people all around the globe.

In May of 2018, I began my Master of Divinity program through Taylor Seminary in the Fusion – Kairos stream. Having completed two-thirds of the program, I am excited to see how this model can resource not only the local church to implement mentorship, but also the Fusion network around the globe.

The model of making theological education affordable to one’s context and allowing the participant to remain faithful to where God has placed them, along with accountability and mentorship in the process can be extended to God’s people all over the globe who are seeking his Kingdom.

What I am most excited about in this process, is the way it provides the opportunity for me to mature in my educational journey while at the same time, supporting others in their journey. I can be a mentor to those I am in relationship with who are serving God in their own unique contexts while remaining faithful to mine. This model encourages kingdom multiplication.

My hope is to complete the master’s program and begin the next level of education, so that I am better equipped to support others master’s students and to watch those seeking first the kingdom of God strengthened in their partnership with Christ in His work.